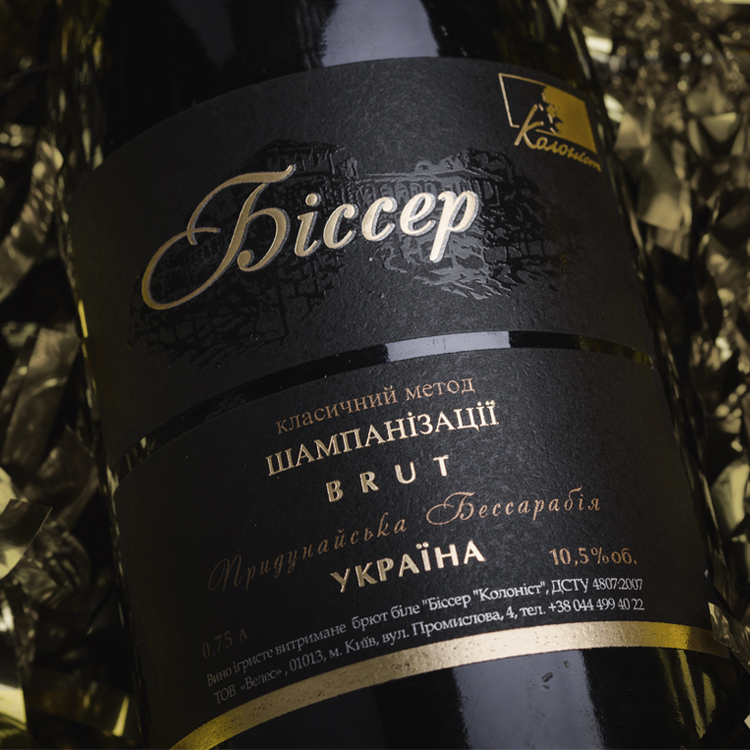 All the secrets of champagne: from history up until label design

The sparkling, enchanting, and incredible drink! Champagne is a symbol of exhilaration, jubilation, and mirth. It’s an unconditional companion of success and festivities. For the record, this sparkling wine is a delightful drink of the winners!

Champagne has become a real people adoration associated with wealth, luck, and romance. It was glorified by poets while its history was covered with numerous secrets and enigmas. The popularity of champagne knows no limits. Nowadays bright sparkling wine is one of the most desirable and marketable drinks entire the world.

So what do you need to know about champagne? Let’s start with its story.

Some historical records about champagne

Dom Pérignon, Moet & Chandon, and Veuve Clicquot … Lots of us can create a great sequence row of prominent sparkling wines, focusing on these French drinks that have been around for ages. However, the historical background of champagne genesis is even more interesting. The identity who exactly was the inventor and discoverer of champagne is lost in the depths of time.

The halo of the solemn splendor of champagne was originated in the Middle Ages. The Champagne wines were so perfect that they had become part of the coronation festivities. The production of these wines had one peculiarity associated with the climate of the northern region of France. As it was a cold and wintry region, the wine did not have time to ferment at a certain temperature in the winter and started to ferment in the spring. Sometimes the sealed containers with fermented drink literally exploded due to the accumulated carbon dioxide. French understood that a venture is quite beneficial as one would never be able to achieve something in life. And they did that well getting a noble sparkling drink! By the way, there is a proverb that sounds in Ukrainian “He, who doesn’t take risks, never drinks champagne” (the analogy in English is “Nothing ventured, nothing gained”). 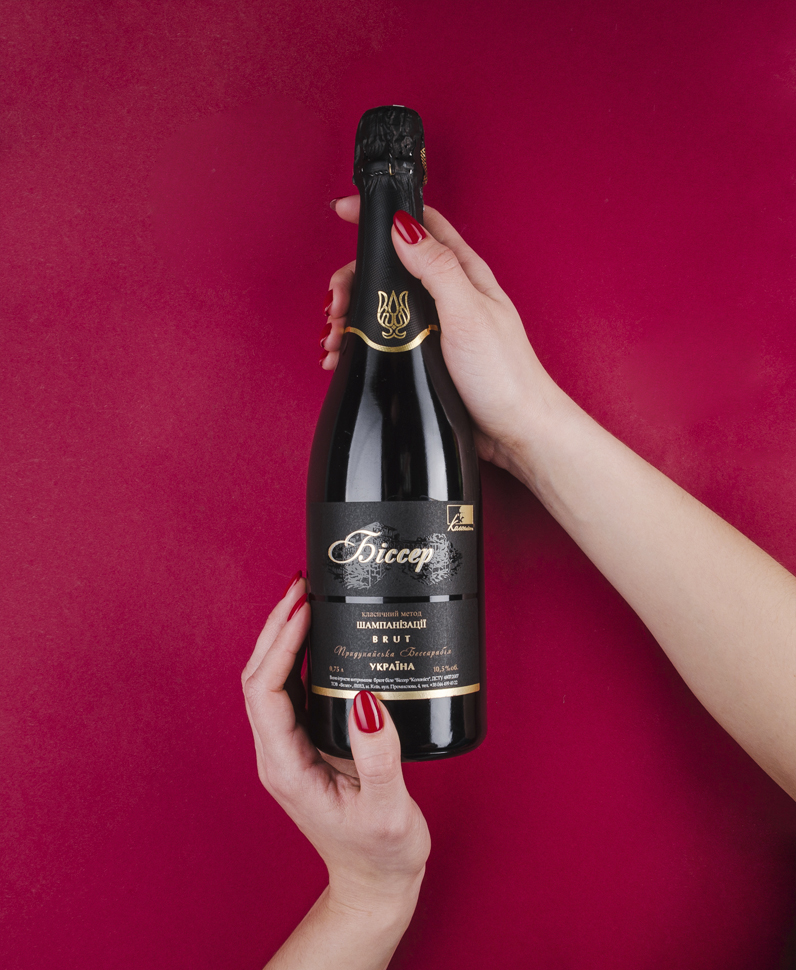 Surprisingly, the taste and quality of these wines were though imperfect but pretty good. In 1531, the first batch of sparkling wine was specially manufactured. By the way, this happened in the scenic countryside of Limoux in Languedoc, not in Champagne.

In the 17th century, the winemaking talent of Pierre Pérignon, a French Benedictine monk, took champagne to the next level. Dom Pérignon improved the sparkling wine recipe by combining different grape varieties and came up with a new way of storing champagne in bottles with bark corks which more reliably held wayward wine.

The champagne had still been of “sparkling nature” but it was found that the dark glass bottles held these explosions back better. Moreover, it turned out that it was not only the color of the bottle that mattered but also the thickness of the glass as well as the shape and size of the bottle. The world is obliged for this discovery to Jean-Baptiste François, the pharmacist from Châlons-en-Champagne (until 1997 Châlons-sur-Marne) who has made a bottle for champagne in 1800. This bottle has not changed up to this day.

Madame Clicquot, more known as Veuve Clicquot, had taken up the torch and continued the work on champagne improving. She was a wife of a winemaker and then widowed at the tender age of 28. A woman successfully developed her husband’s business and introduced the remuage technology in the champagnization manufacturing which made the ready wine crystal-visible in the glass.

In addition to the French, the British have also claimed to be the innovators of champagne. Whatever it was but it was Christopher Merrett, a British physicist, who in 1662 first gave a scientific description of the secondary fermentation process in the manufacture of sparkling wines in his treatise. The British were also the first to establish industrial manufacturing of both the champagne and the bottles for it. English bottles were remarkably durable than French ones.

The growth in champagne manufacturing has been staggering, starting from 300,000 bottles per year in 1800 up to 20 million bottles in 1850. Until now, bright sparkling wine is one of the most demanded in the world market. Nowadays, sales of champagne are estimated at more than one hundred million bottles.

Notably, Ukraine owns brilliant wine manufacturers who create products that comply with world requirements and standards. For example, the Kolonist winery, a renowned Ukrainian company, produces excellent Ukrainian sparkling wine. Bisser, that is the name of a sparkling white brut, created by the classical method of champagnization, has been welcomed by international acclaim and recognition from leading British wine journalists and authoritative wine experts. We are gratified that the self-adhesive labels we’ve designed, adorn the bottles of this glorious sparkling wine underlining its premium quality.

In fact, the term “champagne” has become a collective one for all sparkling wines. However, due to international agreements, only wine, produced from the Champagne province, can be called “champagne”.

In general, the manufacturing and consumption of sparkling wines is 10-12% of all alcoholic beverages. Moreover, it should be noted that the United States, South Africa, Australia, and the countries of Indo-China have significantly strengthened their positions in champagne manufacturing bringing new competition to established leaders of European manufacturers such as France, Italy, Spain, and Germany.

The global crisis associated with the pandemic has made its own adjustments to the champagne market. Manufacturers are sounding the alarm about the sharp decline in sales comparing the current situation to the Great Depression of the 1930s. In this regard, innovative projects and ways of restructuring of a multi-billion dollar industry in product marketing are being developed.

One of them is lying in changing the essence of champagne marketing. The positioning of champagne as a drink served at parties and weddings needs to be reevaluated to reflect a genuine demand of social distancing and the rule of thumb to cut holiday group events.

The new branding strategy for champagne companies must be focusing on highlighting the status of wine as a natural and organically produced quality beverage with a curious history and a wonderful aura. Thus, each manufacturer should take this into account when designing champagne labels. 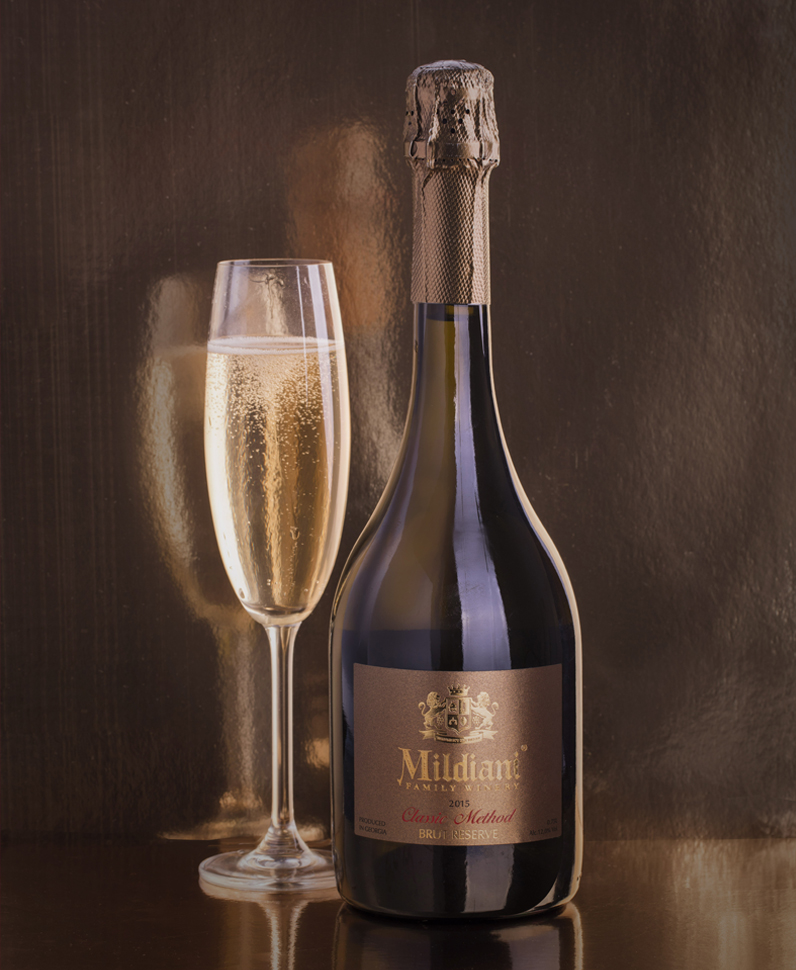 We are keeping a keen eye on global market trends and able to offer you the best solutions in the sphere of label design for your wine. Trendy label design by using special effects will make your products more visible, attractive, and popular. 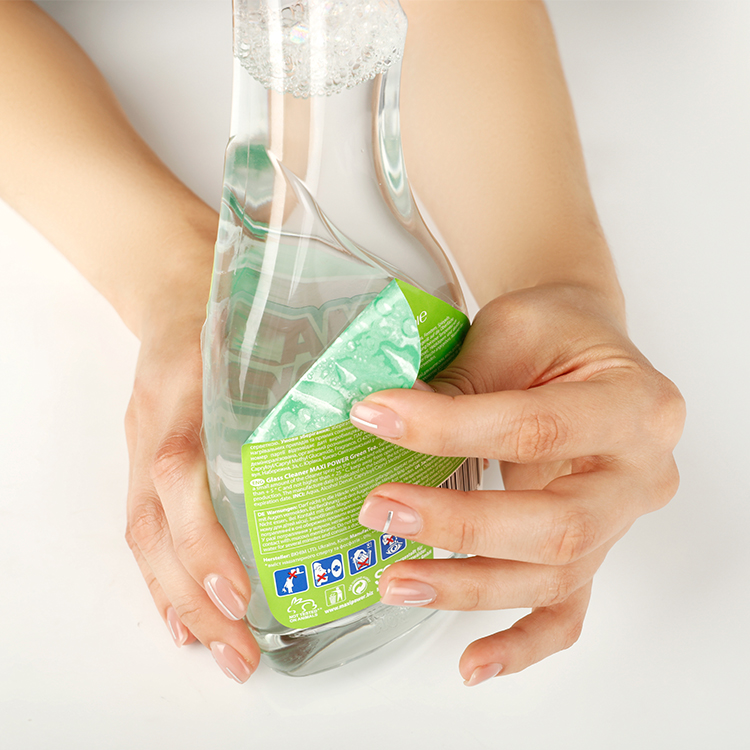